This was written by my father, Roger Lines, to his sister Jennifer, who was – for some reason – not with the rest of the family in, I would guess 1939. 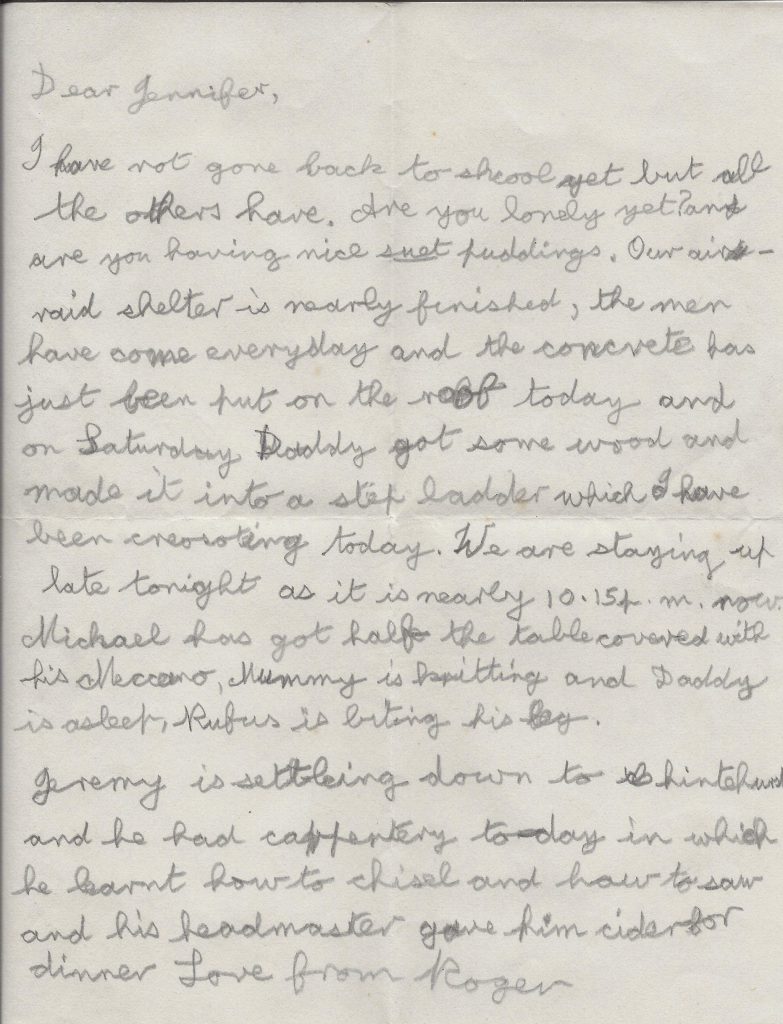 Jeremy remembers going to Chinthurst, but has no recollection of cider for lunch. He does remember that there were a lot of damson trees so they had damson this and damson that for weeks!

I also remember the swimming pool had been converted into an air-raid shelter by covering it with metre thick bales of horsehair so it was pretty awful in there so we took it in turns to get air at the entrance and I remember seeing one of Goerings special yellow nosed Messerschmidt 109’s being shot down and the pilot coming down by parachute.