My Great Aunt, Margaret Box, left Britain on the 17th of September 1918 to serve as a nurse in Salonica and Serbia.
Her father, my Great Grandfather, John Box, clearly did not hear from her for a while as he contacted The Scottish Women’s Hospitals for Home and Foreign Service (London Society of the National Union of Women’s Suffrage Societies).
They wrote back to him on 3rd October, with the following letter: 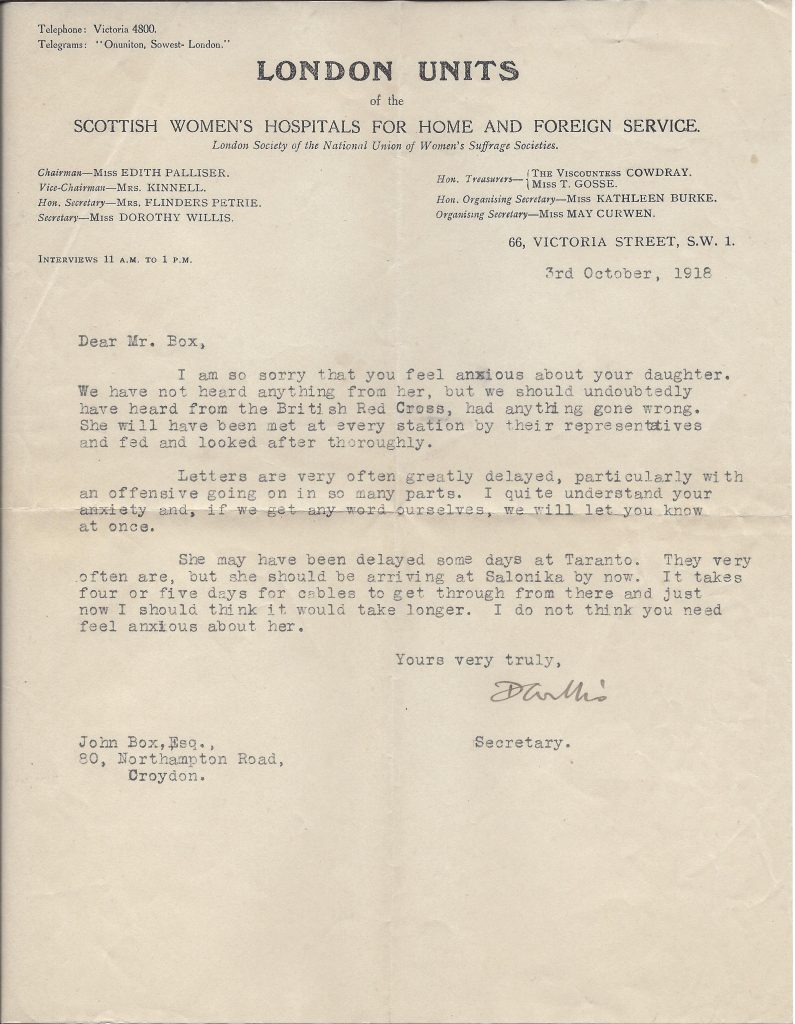 This was a different world, where communication was much slower (as well as women not yet having the vote in the United Kingdom). Fortunately there was indeed no cause for concern, and Margaret was on a Troopship in the Gulf of Corinth. She wrote to him from Bralo in Greece on October 5th.