I am a kidney patient, not a doctor. You should consult a doctor, rather than acting on any of the medical information on this page, which should be taken with a metaphorical “pinch of salt“.  If you are a renal patient, particularly one on dialysis, you should not be taking anything with a real pinch of salt.

Most people probably never give a thought to their kidneys, or are aware of the many functions they perform. They are so important that they are one of the few organs which come supplied as a pair, either of which, if working to its normal capacity, is quite capable of  enabling you to live a normal life.
Before 1945 renal (kidney) failure resulted in death. In that year Willem Kolff, working in Nazi occupied Netherlands, successfully used dialysis to treat a 67 year old woman, who then lived for another seven years.
Dialysis is life-saving, but does need the patient to be cautious in what they eat and how much they drink – and to monitor themselves regularly.
In 1950 the first successful kidney transplant was performed, but it was not until the introduction of immunosuppressants  in 1964 that it became practical for wider use.
Post transplant patients need to take immunosuppressant drugs, in some personalised combination, for life, and this plus continued monitoring, is extremely important.

There are some Android Apps which I use to ease life as a renal patient. All of these apps are available form the Google Play Store and most of them are also available via F-Droid, which is a repository for Free/Open Source Android apps. Apps on F-Droid are built from their source code, which can be inspected by knowledgeable people to check that the app does what it claims to do. As these apps often deal with potentially sensitive medical data this ability for somebody to inspect the app is important.
There are ‘free’ android apps in the Health and Medical (as well as other) categories, which pay for themselves by selling your medical data, which is why it is a good idea to understand where the apps you use come from.

Monitoring is important for Renal patients, who are often presented with a record book to record their results daily on release after treatment. I suspect the discipline of regular checking is more important than the recording, particularly if the record is on paper over a long period of time, but having results in an electronic format might turn out to be useful. For this reason I wrote Medic Log, which is available on the Google Play Store here, and on F-Droid here.
In the future I hope to add the ability to read weight from a Bluetooth scale which uses openScale directly into Medic Log.

Taking your medication, whether on dialysis or post transplant is very important, and,  particularly post-transplant, it is easy to find real life getting in the way. Calendula is an app from the Centro Singular de Investigación en Tecnoloxías da Información da Universidade de Santiago de Compostela (CiTIUS)
It provides a flexible way to set which medication you need to take when, and will remind you when it is time to take it. If the normal time the alarm goes off is not suitable for some reason – for example if you have eaten recently and need to avoid taking your anti-rejection drugs until some time after you have eaten you can delay the reminder. It also keeps track of your stock level.
It is available on Google Play store here, and on F-Droid here.

Keeping a close eye on your weight is important to kidney patients, as it is a good way to tell if we are retaining too much water. Any accurate set of scales will work fine for this purpose, but you may be tempted by one wich connects to your phone via Bluetooth. Most such scales come with an app which shares your data with some medical health company, and at least one will not record your weight onto your phone until it knows your name, and address, your date of birth, and your landline and mobile phone numbers.
With openScale your data stays on your phone under your control. If you are looking for a smart scale I would suggest looking at one of the ones supported by openScale. The openScale app can be found in the Google Play store here and F-Droid here. 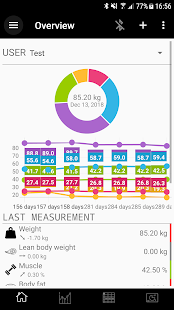 This one is not open source, but is one of the apps from the American National Kidney Foundation.  It provides information for post-transplant renal patients, and does not require any special permissions on your phone. It can be found in the Google Play Store here.

If you have a reasonably recent Android Phone (Nougat released August 2016 or later) you can add Emergency Contact Information, such as being a Renal Patient, which medications you are on etc. This information is available without needed to unlock your phone. You can also add contacts, such as your doctor.
How to set this up is described here